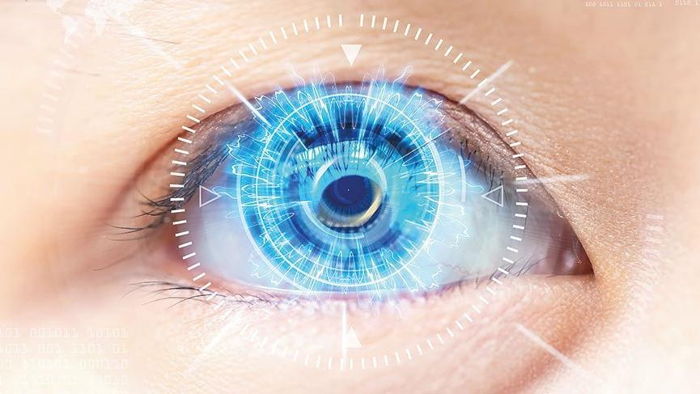 Deficiency – of amino-acids or Riboflavin (B2)

► Caused by degeneration and opacification of existing lens fibres, formation of aberrant fibres or deposition of other material in their place.

► Any factor that disturbs the critical intra and extra cellular equilibrium of water and electrolytes or deranges the colloid system within the fibres causing opacification.

1. Hydration: seen particularly in rapidly developing forms. Actual fluid droplets collect under the capsule forming lacunae between fibres, the entire tissue may swell (intumescent) and becomes opaque, this process is reversible in early stage, as in juvenile insulin dependent diabetes.

2. Denaturation of lens proteins - If the proteins are denatured with an increase in insoluble protein, a dense opacity is produced. This stage is irreversible and opacity do not clear, this change is seen in young lens or the cortex of the adult nucleus where metabolism is active (soft cataract).

a. An expression of senility

3. Functional, due to strain of excessive accommodative strain

b. Of the chemistry of lens due to disturbances of permeability

c. Radiational damage due to sunlight

a. changes in blood chemistry

► Can be produced by:

• Decrease in semi-permeability of capsule

8. A low calcium / phosphate ratio in the blood – parathyroidectomy and tetany

11. Due to systemic infections

► Age related cataract is universal in persons over 70 years of age. Both sexes are involved equally.

► There is considerable genetic influence.

► Average age of onset of cataract is approximately 10 years earlier in tropical countries.

• Nuclear or Sclerotic Cataract: Here the essential feature is slow necrosis of nucleus.

► There is demarcation of cortical fibres due to their separation by fluid (Lamellar Separation) these changes can be seen by slit lamp , changes are not visible by Ophthalmoscope. Increased refractive index of cortex gives a grey appearance to the pupil as against the blackness seen in the young. The greyness is due to increase in reflection and scattering of light (and not due to cataractous changes)

► Next stage is incipient cataract: Wedge shaped spokes of opacities with clear areas in between them appear in peripheral lens and are common in lower nasal quadrant (Cuneiform opacities) . These opacities lies in the cortex in front and behind the nucleus. There is sectorial alteration in refractive indices of the lens fibres, producing irregularities in refraction. Patient experience visual deterioration and polyopia.

► Cupuliform Cataract: consisting of dense aggregation of opacities just beneath the capsule in posterior cortex. It is difficult to see with ophthalmoscope but can be detected as a dark shadow on distant direct ophthalmoscopy. Being near the nodal point of the eye the vision is diminished considerably.

► Perinuclear Punctate Cataract: Appears in elderly people often in association with a coronary cataract. Onset is recognized by a thickening and intensification of the appearance of the anterior and posterior bands of the adult nucleus, multiple small opaque dots with large plaques are seen in the deeper layers forming concentric lines and cloudy patches.

► Incipient cataract stage is followed by diffuse and irregular opacification of deeper layer of cortex which becomes cloudy and eventually uniform white and opaque. Progressive hydration of cortex may cause swelling of the lens, making the anterior chamber shallow (intumescent cataract) eventually entire cortex becomes opaque, swelling subside and cataract is termed as mature.

► In the mean time the nucleus suffers progressive sclerosis. If the process is allowed to go uninterruptedly, the stage of hypermaturity sets in.

b. Morgagnian Hypermature Cataract: Following maturity, sometimes cortex becomes fluid and nucleus sink into the bottom. The liquefied cortex become milky and nucleus is seen as brown mass, visible as semicircular line in pupillary area altering its position with change in position of the head.

► The normal tendency of central nuclear fibres to become sclerosed is intensified. The cortical fibres remain transparent. This type of cataract tends to develop earlier than cortical type, usually in fifth decade. It typically blur the distant vision more than near vision.

► With time nucleus becomes diffusely cloudy. Cloudiness spread towards the cortex. Occasionally nucleus becomes tinted dark brown, dusty red or even black due to deposition of yellow pigmented protein derived from the amino acid tryptophan. The brown cataract is called cataract brunescens, and black cataract is termed as cataracta nigra

2. Frequent change of glasses due to rapid change in refractive index of the lens

3. Painless, progressive, gradual diminution of vision due to reduction in transparency of the lens

6. Monocular diplopia or polyopia in presence of cortical spoke opacities

7. Glare in posterior sub-capsular cortical cataract due to increased scattering of light

8. Colored haloes around the light as seen in cortical cataract due to irregular refractive index in different parts of the lens.

10. Visual field loss, generalized reduction in sensitivity due to loss of transparency

• Tremulousness of iris in cases of hypermature shrunken cataract

5. Morgagnian Cataract- is characterized by liquefied cortex, which is milky and nucleus is seen as brown mass, seen as semicircular line, altering its position with change in position of head

► Anaphylactic irritation by the products of hypermaturity

► Subluxation and dislocation of hypermature cataract